Ruby: Map an Array to a Hash

Sometimes you need to map an array value to a hash structure. It could be that you have a set of keys, and you want to map some values related to those keys to a hash in order to return it from a function. Or something else, what do I know.

But I do know a nice, clean way to do it:

The below example is a little basic – but it should still show the gist of it.

And now we have mapped our array to a hash.

With the lookup table in this code, we could have of course just extracted a subset of our lookup_table.

But what if it wasn’t such a convenient lookup_table? What if it was methods defined on another class that we want to extract values from? Or database values? For this case, the above little trick of mapping to a Hash can come quite in handy once in a while.

I would recommend you read the Eloquent Ruby book – I found it very good, and have often recommended it to interview candidates who needed a little extra Ruby knowledge. 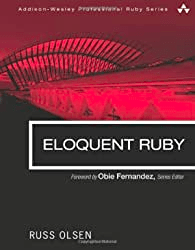